In 1983, a small band of passionate conservationists made a commitment to help save the black rhino from extinction. Over the next 30+ years, their last-ditch effort that began on 5,000 acres of privately land evolved to become the Lewa Wildlife Conservancy—48,000 acres of private land and 14,000-acre Ngare Ndare National Forest Reserve—home to 14% of Kenya’s black rhino.

In 2007, with the threat of extinction largely past and rhino populations steadily increasing, Lewa’s Staff and Board turned to the challenge of ensuring that black rhino, 70+ mammal species, and 440+ bird species would have a home on Lewa forever.

Lewa Milele (“Forever” in Swahili) is Lewa’s commitment to permanently protect of all 48,000 acres of the privately-owned land with Lewa’s secure boundary. Four years later, with support from donors around the world, Lewa’s first Milele acquisition closed in 2011 with a bargain-sale purchase of 32,200 acres—a giant step toward Lewa Milele, but nevertheless leaving 15,800 acres in private hands.

Lewa’s commitment to Milele endures and today, 4,625 acres of critically important habitat is available for purchase at approximately 55% of its appraised value. This land represents 30% of the remaining private land within the reserve and acquiring it is a unique opportunity to preserve critical wildlife habitat and protect it from future wildlife-incompatible development.

To learn more about the importance of the land to achieving Lewa Milele and how you can help, please keep reading below.

You can also email our International Executive Director, Georgina Domberger at Georgina.Domberger@lewa.org.

The additional land up for sale from the original family landowners to Lewa will protect a 4,625-acre private in-holding within the Lewa Wildlife Conservancy’s secure reserve. The negotiated purchase price represents an approximate 45% discount based on a 2015 fair market value appraisal. The parcel for sale represents 30% of the remaining private land within Lewa and is a critical next step toward fulfilling Lewa’s long-term commitment to permanent Protected Area status for all land within its secure reserve.

In 2007, Lewa recognized a need to permanently protect all 48,000 acres of private land within its 62,000-acre reserve, and in 2008, when the Craig Family, original owners of the Conservancy, offered to sell portions of their land, Lewa seized the opportunity. Over the following four years, Lewa completed a capital campaign and negotiated the terms of a bargain sale that culminated in December 2011, with the acquisition of 32,200 acres that permanently protects critical habitat, year-round water resources, and a wildlife corridor that connects Mt. Kenya to Kenya’s northern rangelands.

Land ownership has proven crucial to political acceptance of Lewa as a catalyst for conservation throughout Northern Kenya. As a Kenyan organisation, Lewa is able to leverage political will to further conservation objectives, and protecting the land in a non-profit Kenyan land holding company transformed public and governmental perception of Lewa from a “colonial” holding to a true Kenyan national asset. Only one of Lewa’s 300+ Kenya-based employees is non-Kenyan and the organisation has established a strong presence as a community asset.

In this regard, Lewa directs one-half of its annual budget to neighbouring communities, positively impacting over 60,000 people. Lewa helps educate 10,000+ students, brings accessible water and healthcare to 50,000+ people, contributes to the local economy through a women’s micro-credit program serving 1,800+ women, and also supports youth development and sustainable farming programs.

Lewa also provides critical support for the Northern Rangelands Trust, a community-based conservation movement that grew from, and is now independent of Lewa. NRT positively impacts communities across Northern Kenya, from the Rift Valley to the Indian Ocean.

Maintaining the integrity of Lewa’s protected landscape is a critical prerequisite to sustaining Lewa’s mission of endangered species conservation and its commitment to share the benefits derived from wildlife, tourism, and philanthropy amongst neighbours. The proposed land addition supports a small farm and 30-bed lodge; and it is prime habitat for black rhino and Grevy’s zebra – both highly endangered species—plus 70+ mammal and 440+ bird species. Once purchased, Lewa will manage the Addition for conservation and community benefit, whilst the lodge will continue to operate, contributing to Lewa via conservancy fees, and the farm will continue to produce organic food for lodge guests.

The Addition is currently fenced within Lewa but is situated along the Conservancy’s boundary. Subdivision and/or sale to external parties would remove critical land from Lewa, increasing the risk to wildlife and reducing Lewa’s IUCN-mandated rhino carrying capacity. Acquiring the parcel will preserve critical wildlife habitat and prevent subdivision, sale, and wildlife-incompatible development, all in pursuit of Lewa’s commitment to Lewa Milele.

Acquiring this land now is crucial; with each passing year, demand for land increases, with the price per acre rising faster than inflation. Put within the context of a rapidly expanding human population (expected to double within the next 20/30 years), the need to acquire permanently protect this land now– for the people of Kenya and the world – is clear and urgent.

Lewa is widely considered to be one of East Africa’s premiere conservation organisations with specific expertise in protected area management and community support. Lewa’s effort to protect black rhino and ultimately reintroduce rhino to secure reserves across Kenya began in 1983, when David and Delia Craig dedicated 5,000 acres of their ranch as a rhino sanctuary. Anna Merz, a conservationist and philanthropist, contributed her savings, and together they recruited wildlife-trackers, bush pilots, and veterinarians to round-up and protect northern Kenya’s last remaining rhinos.

The program was so successful that within a decade the Craigs dedicated their entire ranch to conservation and formed the nonprofit Lewa Wildlife Conservancy that by 2004 had grown to ~62,000 acres that includes neighbouring ranches and the Ngare Ndare National Forest Reserve.

Lewa, in partnership with the Kenya Wildlife Service, and other private reserves have brought Kenya’s black rhino population up from fewer than 280 individuals in the mid-1980s to 700+ today.

More broadly, Lewa works with local communities to protect habitat for all resident and migratory species and has spawned a movement in protected area management through a combination of community and private conservancies working together in the landscape across northern Kenya, from the Rift Valley to the Indian Ocean, for wildlife, local people and their futures. 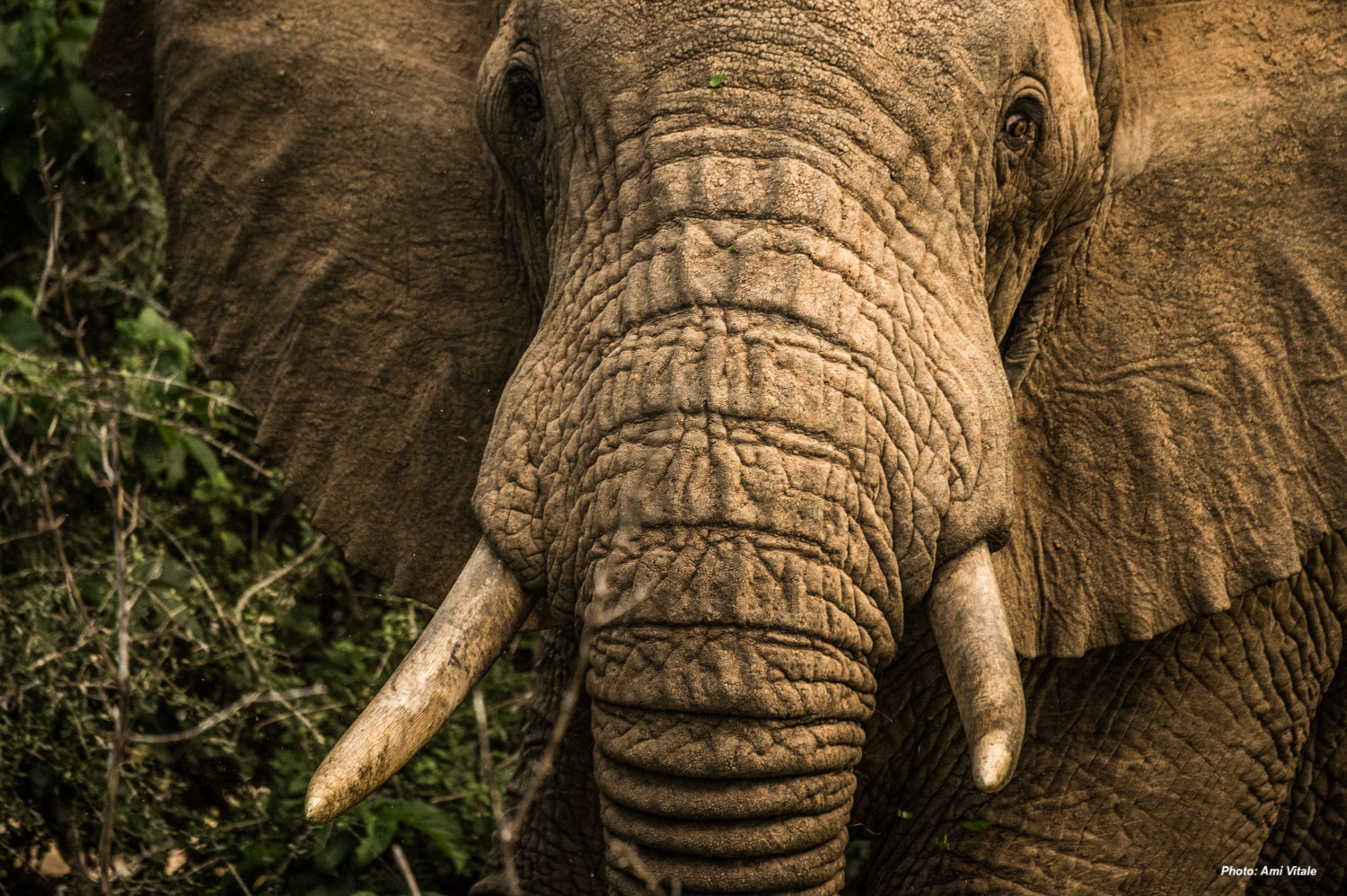 How you can help

Lewa is now engaged in a campaign to raise funds to complete the acquisition of the 4,625-acres available to us, and to capitalise a contingent opportunity fund of up to $6,000,000 as ready cash available to acquire parcels in the future, payable only as additional land becomes available. In total, we need $12.5 million to secure the new additional parcel on land on offer.

The push to raise funding to purchase the additional land is timely, urgent and critical. Your contribution to support the acquisition of these 4,625 acres will bring us ever closer to Lewa Milele and with it, a secure, sustainable future for Lewa’s wildlife. It will further reinforce the Conservancy as the foundation of development-centric, community conservation, working with its partner organization, Northern Rangelands Trust, across the vast landscapes of northern Kenya and beyond. And it will instill confidence in other landowners that Lewa stands ready, willing, and capable of fulfilling its commitment to secure all land tenure within its boundaries—Lewa Milele.

To learn more or speak to a Lewa representative about how you can help, please email our International Executive Director, Georgina Domberger – Georgina.Domberger@lewa.org