By Lewa Communication TeamJuly 28, 2022 No Comments

What does it take to convert a former poacher to a devoted ranger? The story of Kapuna Lepale Nanyuki is a true testament that people can change for the better. Having made a career as a successful poacher for 15 years between 1985 to 2000, Nanyuki rights his wrongs by devoting his life to protecting the same animals he killed. He is celebrating 21 years as a ranger with Lewa Wildlife Conservancy (LWC) this year.

It was the community’s (300 people plus) interventions held over a two-month period together with a team from LWC, including Ian Craig, that convinced Nanyuki to stop poaching. The team from LWC were able to assure Nanyuki of a job as a ranger if he stopped poaching. With limited options and with the blessings from the community, Nanyuki accepted to be a ranger. 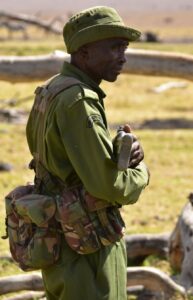 During the time he was a poacher, Nanyuki killed 73 elephants for their tusks, as well as leopards for their skin. Initially, he used spears to subdue the animals, but he later found it more effective to use a gun. He recalls buying his first gun from Marsabit town when there was a proliferation of guns in the region. Back then, he would sell a kilogramme of ivory tusk for between USD 1 and USD 3, depending on the purchasing power of the client.

So determined was Nanyuki, that he spent countless days in the wild in pursuit of his cause. He would survive off of game meat. Today, he is remorseful for his past mistakes. He narrates how he becomes overly emotional when he comes across elephants on his patrols around the conservancy. The blood of all the animals he killed weighs heavily on him even today.

Joining LWC in 2001 was a turning point in his life. Through his work as a field ranger, he has come to understand the significance of wildlife and the value it brings to communities through tourism. He has been able to connect with similar-minded rangers, and this, to him, is honourable and serves as a higher purpose for his life.

Nanyuki is now well-known in the Lewa community and speaks to young people about pursuing alternative livelihood options through education. He is fortunate not to have been arrested during his time as a poacher. The sentence of anyone found guilty of poaching is 25 years. He uses his past as a poacher to discourage young people from making the same mistakes he did.

This World Ranger Month we salute Nanyuki and other rangers for their work in the protection of wildlife and the habitat.

Watch video of Nanyuki below. 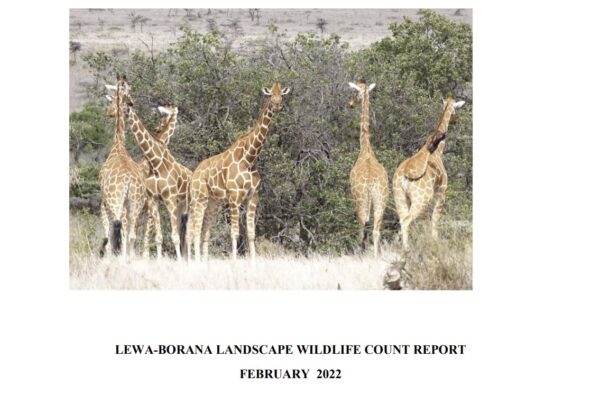 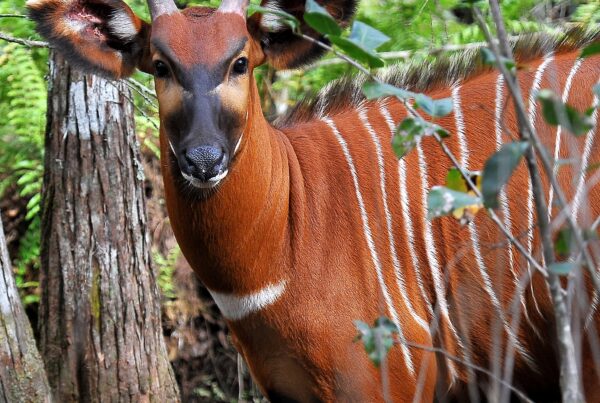