By Lewa Communication TeamDecember 14, 2022 No Comments

Kenya’s Arid and Semi-Arid regions have experienced three severe droughts in the last decade (2010–2011, 2016–2017, and 2020–2022). The recent drought was the most severe and longest, causing significant food shortages and job losses.

Kenyan school-age children were particularly hard hit by the drought, with many households struggling to provide three meals a day. As a result, many students stopped attending school due to an inability to concentrate during classes due to hunger. 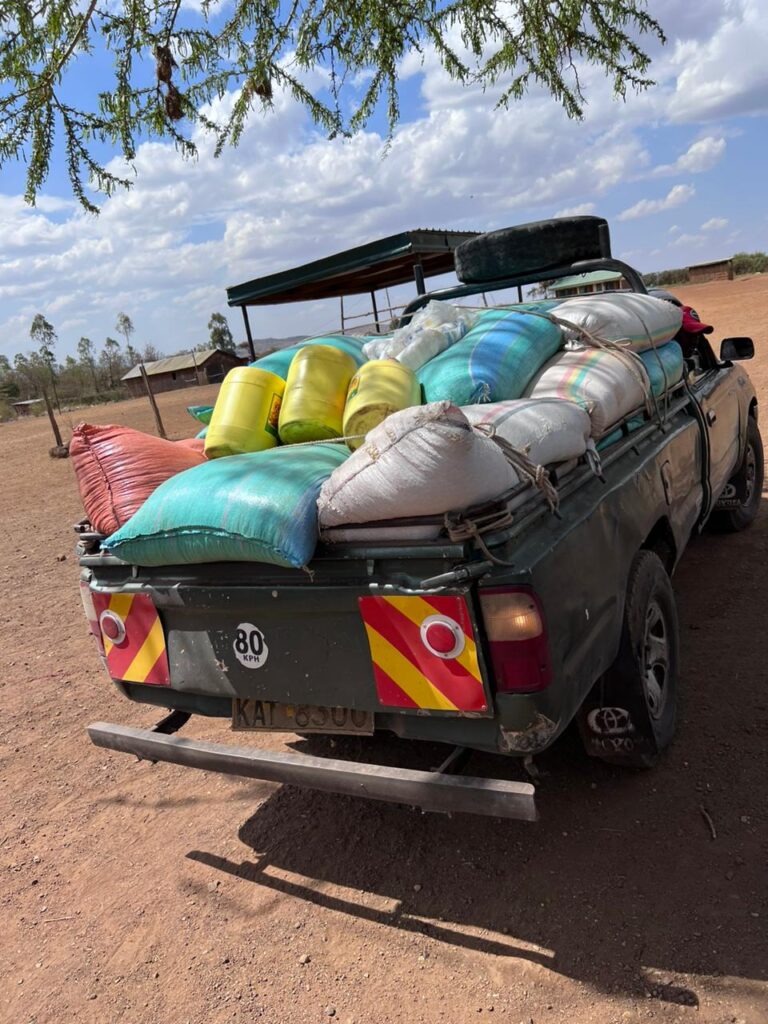 A pickup truck with the feeding programme’s food.

The participation of Lewa’s education programme, which brought food worth Sh10 million to 23 Lewa-supported schools in Meru, Isiolo, and Laikipia counties, resulted in increased enrollment.

“We have been able to reach 23 Lewa-supported schools across Laikipia, Meru, and Isiolo counties, and we hope that we will be able to connect with more,” Purity Kinoti, Head of Education at Lewa Conservancy, stated.

Speaking to the media, Mohammed Aden the headteacher of Munanda primary school in Meru County spoke on the impact of the food programme.

“This was one of the hardest-hit areas by the drought. Thankfully, Lewa Conservancy has given us enough food to sustain us till the end of the term. We’ve gotten cereals like rice, beans, and maize, and they’re also helping us get water to the school. This has enabled us to grow a bed of kale and spinach, ensuring that the children have a well-balanced diet. We have seen an increase in the number of students enrolling since the introduction of the feeding program,” Mr. Mohammed said.